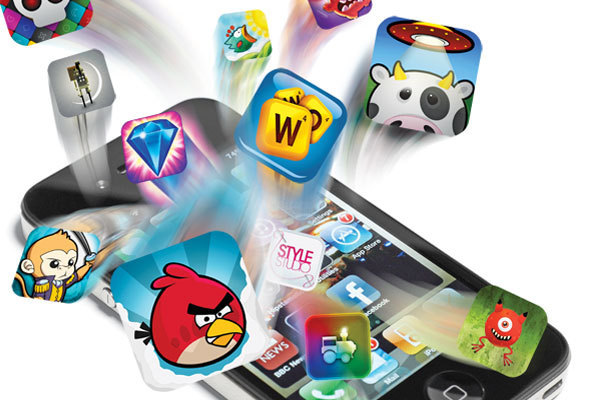 With mobile phones getting ever more powerful, the games are following suit in terms of complexity and graphics. Some phones even have dedicated gaming keys and even look like portable mini gaming consoles.

Some of the latest phones have a built-in accelerometer sensor, which can be utilized by games to provide more interactive gameplay. In those so-called motion-based games, you can steer, for instance, by tilting your phone in the respective direction.

Usually, when there are some games preinstalled, more can be downloaded over the air using the phone's built-in web browser or they can be downloaded onto a desktop computer and then transferred to the mobile phone via a data cable.

There are several different technologies for downloadable games for feature phones, including Java, BREW, Mophun, and WGE. The technologies are incompatible between each other, although some phones support more than one of them.

What does Mobile Games mean?

Augmented reality games are the latest mobile gaming trend. These programs combine a real-world environment with advanced computer graphics to provide the effect of augmented reality. An example is Sky Siege, where a player shoots virtual helicopters that appear to fly around the room. In actuality, a live image of the player's room is captured by the device camera and fed to the display screen, resulting in augmented reality to the player.

Since mobile devices have become present in the majority of households at least in the developed countries, there are more and more games created with educational or lifestyle- and health-improvement purposes. For example, mobile games can be used in speech-language pathology , children's rehabilitation in hospitals (Finnish startup Rehaboo!), acquiring new useful or healthy habits (Habitica app), memorising things and learning languages (Memrise).

There are also apps with similar purposes which are not games per se, in this case they are called gamified apps. Sometimes it is difficult to draw a line between multipurpose games and gamified apps.

Many mobile games support multiple players, either remotely over a network or locally via Wi-Fi, Bluetooth or similar technology.

In asynchronous tournaments, there are two methods used by game developers centered around the idea that players matches are recorded and then broadcast at a later time to other players in the same tournament. Asynchronous gameplay resolves the issue of needing players to have a continuous live connection. This gameplay is different since players take individual turns in the game, therefore allowing players to continue playing against human opponents.

This is done using different networks including open Fient (now defunct) and Facebook. Some companies use a regular turn-based system where the end results are posted so all the players can see who won the tournament. Other companies take screen recordings of live players and broadcast them to other players at a later point in time to allow players to feel that they are always interacting with another human opponent.