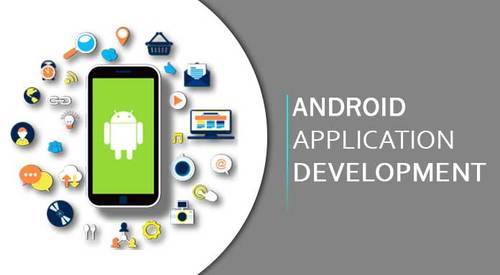 A native mobile app is a smartphone application that is coded in a specific programming language, such as Objective C for iOS or Java for Android operating systems. Native mobile apps provide fast performance and a high degree of reliability

The mobile app ecosystem is massive, but did you know that the majority of apps are designed and developed specifically for each operating system (i.e. iOS and android )? In the world of apps, there are native mobile apps and there are apps that were built with cross-platform technologies.

Cross-platform technologies like Cordova will wrap HTML and JavaScript whereas a technology like Xamarin compiles a common C# codebase to each platform. When using these platforms, the developer has limitations on what they can accomplish. These apps are developed using one-stop shop application development frameworks, which offers a single app development language for use across Android, iOS, and Windows devices.

Native mobile apps are designed and developed with a specific operating system in mind. Due to the nature of their design, these apps perform the best and offer the highest reliability. These apps offer developers a greater amount of freedom because they can more easily integrate software development kits (SDKs). As you can imagine, native Android apps are developed specifically for the Android operating system. If you’re interested in learning about the alternative app development options, this resource takes a deep dive into the difference between native, web, and hybrid apps.

When you decide to build a native Android app, it’s ONLY for that specific operating system…you aren’t developing an app that can also appear in the iOS App Store unless you also develop a native iOS app. We aren’t talking about cross-platform applications or web apps either. These are apps exclusively designed and developed for Android.

Most popular apps are in both the Google Play and the iOS App Stores. This may be because they developed two native apps, one for each operating system (OS), or a cross-platform application with a program like xamarin, the former being the most common method.

Why would developers create an app for a single operating system, and what kind of apps are Android only?

Developing for one specific operating system allows developers to take advantage of its unique features and characteristics.

The Android operating system enables developers to design their own user interface (UI), whereas iOS has set-in-stone UI guidelines. The ability to customize UI and use additional widgets enables software developers to create unique user experiences.

The distinguishable features could include the type of swipes, gestures, or even the positioning of features. All these aspects contribute to how users interact with the app. When the app works in tandem with the rest of the operating system, user experience is improved.

When you make the decision to develop an app for your product or services, it’s important to take your users into consideration. If your target demographic overwhelmingly uses one OS over the other you may decide to initially release your app on that OS.

There are thousands of native android apps in the Google Play app store so we can’t include them all, but we chose 5 that showcase the benefits of native app development.

Launchers are unique to the Android landscape and they provide a great amount of UI flexibility. A user can customize their home screen with badges, icons, folders, and they can even create a scrollable dock. This specific launcher puts Google Now just a swipe away.

The Google now launcher  is exclusive to Android phones. Having the app tailored specifically for Android users enables a greater user experience.

Below are some of its key features:

Launchers are not the only way to customize your Android experience. Widgets allow users to choose the buttons and features they would like to display on their home screen. A few of the options include music, weather, battery, clock, among many others.

Although there are numerous widgets out there, we picked Buzz Widget since it’s the widget you control. While other apps come with a preset widget, buzz widget takes it a step further and gives complete control to the user.

Users are also not restricted to the widgets offered by the app. They can create their own or browse a collection of widgets that were created by other users. Talk about a great user experience!

LastPass is a password manager and secure private vault that can lock down your passwords and personal information. You don’t have to remember all your sophisticated passwords or continuously hit the ‘Forgot Password’ button during your next login attempt. You just need to remember one password and the app will automatically log you in. It can also instantly create new passwords for you. This is one of our favorite native Android apps because remembering and changing passwords is always a daunting task.

Are you an avid podcast listener? Then this app is for you. This insanely stable and good looking app allows you to download or stream various podcasts for your enjoyment. It offers video and audio-only podcasts so you can keep up with your favorite podcasts when you’re on the go. The app includes a sign-in feature so you can sync your podcasts across devices and it also has a pretty decent recommendations function.

SwiftKey Keyboard is one of the most powerful and customizable third-party keyboards available. The app is free and you have the ability to purchase additional themes. The keyboard features a dedicated number row, SwiftKey Flow which allows for gesture typing, support for multiple languages, and much more. You can even access your calendar and customize photos and GIFs within the keyboard. This keyboard is as good as it gets!

It’s imperative that an application like this is developed as a native Android app because the keyboard functionality between differing devices varies significantly. This app takes the Android operating system and device layout and uses it to its advantage.

At Seamgen, we have an experienced team of developers who are experts in Android development (we also have iOS experts). If you are looking for your next partner in a software development project, give us a call, there’s no commitment. We would love to learn more about your project and help you bring it to life.