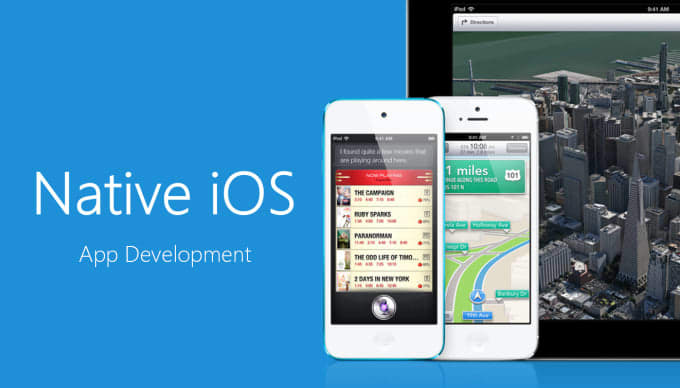 Native mobile applications for iOS and Android have special operating system-specific features. Guidelines by Apple and Google recommend to use platform-standard navigation controls whenever possible: page controls, tab bars, segmented controls, table views, collection views, and split views. Users are familiar with how these controls typically work on each platform, so if you use the standard controls, your users will intuitively know how to get around your app. We focus on the main differences between interaction design patterns on iOS and Android to clarify why apps look different on iOS and Android — and why they should. We also provide native app design templates and native mobile application examples to help you visualize what we’re talking about.

You can create native iOS apps in Objective-C or Swift. Unlike Android, the iOS operating system has closed source code, created exclusively for Apple’s hardware. So, you need a Mac device to develop native mobile apps for the iOS platform.

Apple has many excellent tools and resources you can use for iOS development, such as:

iOS also has a remarkable third-party ecosystem with well-known developer tools such as Appcode and CodeRunner App Store’s review guidelines are quite strict. They can reject your iOS app for numerous reasons from poor performance to security issues to the lack of valuable content.