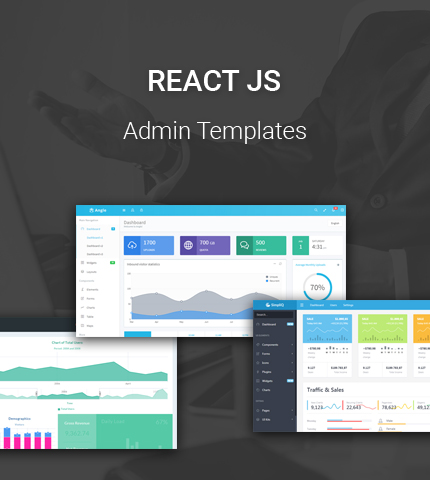 What is React JS?

ReactJS is an open-source JavaScript library which is used for building user interfaces specifically for single page applications. It’s used for handling view layer for web and mobile apps. React also allows us to create reusable UI components. React was first created by Jordan Walke, a software engineer working for Facebook. React first deployed on Facebook’s newsfeed in 2011 and on Instagram.com in 2012.

React allows developers to create large web applications which can change data, without reloading the page. The main purpose of React is to be fast, scalable, and simple. It works only on user interfaces in application. This corresponds to view in the MVC template. It can be used with a combination of other JavaScript libraries or frameworks, such as Angular JS in MVC.

What are the ReactJS Features?

Let us take a closer look at some important features of React.

In React, instead of using regular JavaScript for templating, it uses JSX. JSX is simple JavaScript which allows HTML quoting and uses these HTML tag syntax to render subcomponents. HTML syntax is processed into JavaScript calls of React Framework. We can also write in pure old JavaScript.

React has native libraries which were announced by Facebook in 2015, which provides the react architecture to native applications like IOS, Android and UPD.

React-native is a mobile apps building framework using only Javascript. It uses the same design as React, letting you utilize/include a rich mobile UI library/ declarative components. It uses the same fundamental UI building blocks as regular iOS and Android apps. The best part of using react-native is to allow/adopt components written in Objective-C, Java, or Swift.

In React, a set of immutable values are passed to the components renderer as properties in its HTML tags. Component cannot directly modify any properties but can pass a call back function with help of which we can do modifications. This complete process is known as “properties flow down; actions flow up”.

React creates an in-memory data structure cache which computes the changes made and then updates the browser. This allows a special feature which enableprogrammer to code as if whole page is render on each change where as react library only render components which actually change.

Now, the main question arises in front of us is why one should use ReactJS. There are so many open-source platforms for making the front-end web application development easier, like Angular. Let us take a quick look on the benefits of React over other competitive technologies or frameworks. With the front-end world changing on a daily basis, it’s hard to devote time to learning a new framework – especially when that framework could ultimately become a dead end. So, if you're looking for the next best thing but you're feeling a little bit lost in the framework jungle, I suggest checking out React.

Hope you have enjoyed this article. In the next article, we will disuss the differences between React JS and Angular, and will analyze which one is better and why.